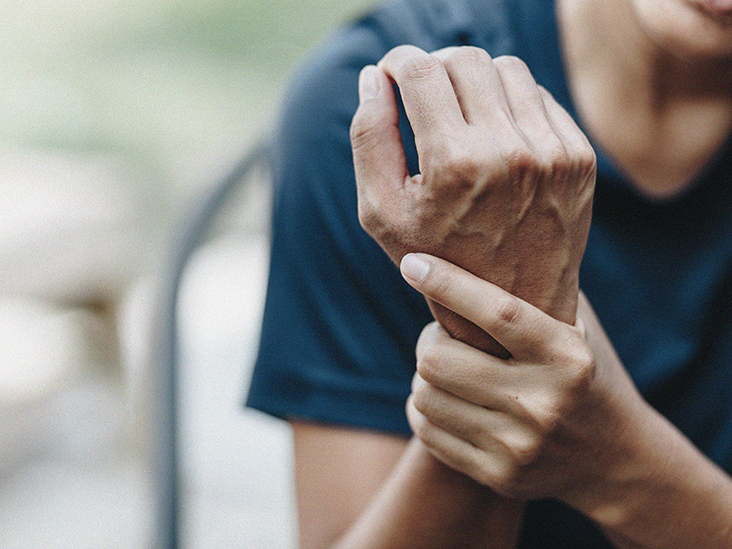 Hypermobility is a condition that gives joints a greater range of movement About 15 per cent of children are thought to be truly hypermobile It can cause joints to bend too far – causing sprains and pulled ligaments Last year, I watched an orthopaedic surgeon contort my daughter’s joints into painful-looking positions before declaring her hypermobile. Ten-year-old Bridie, despite being fully conscious, didn’t flinch. That’s because she has double the normal range of movement, thanks to her joints being extremely flexible.

The collagen in her ligaments — the tough, fibrous connective tissue between the joints — is more easily stretched. It’s great for dancing, which she loves. But lax ligaments can be painful and raise the risk of injury if they hyper-extend (bend too far). This makes sprains, pulled ligaments and tendons a regular problem. Back in 2008, when she, too, was ten, my elder daughter, Merrily, received the same diagnosis after developing awful foot pain. But a lack of awareness among doctors meant we endured six months of worry before she was diagnosed.

It was the fifth doctor to see Merrily who deduced what was wrong. But now the pendulum has swung the other way and hypermobility (or joint hypermobility syndrome) is often one of the first things doctors consider. It is increasingly being spotted in adults, too. Hypermobility has become the trendy self-diagnosis on the block. But it can be a problem that lasts for years or even starts in adulthood. It may even explain why some adults get painful and stiff joints and muscles. About 15 per cent of children are thought to be truly hypermobile, with double or more than double the normal range of movement in at least four joints.

It is usually detected when children complain of joint pain. ‘For some, the pain can be utterly debilitating,’ says Professor Rodney Grahame, a consultant rheumatologist at London’s Hospital of St John and St Elizabeth. ‘Their connective tissues are so flexible they must work incredibly hard to control their joints. Often their muscles aren’t strong enough to do so. They get to the end of the day and they’re absolutely exhausted, and, of course, they ache and complain of dreadful pain.’ But experts fear the symptoms are being over-medicalised, and children are told to avoid exercise when that is the one thing that would help their condition.

In the past decade there has been an ‘explosion in children being labelled with something that has always been around’, says Dr Nathan Hasson, a consultant in paediatric rheumatology at London’s Portland Hospital and an expert in joint hypermobility. ‘The problem is that children are being wrongly made to feel — whether by parents or doctors — that hypermobility means they are in some way unwell.’ But, in fact, they are not. ‘They only get joint pain and injuries because their muscles are weak and they don’t have enough control over their ligaments,’ says Dr Hasson. ‘That isn’t due to a medical condition. It’s because they don’t get enough exercise. ‘They avoid exercise because they feel they must protect themselves. It becomes a vicious circle.

Their muscles weaken and they get more lethargic, so they start to feel ill and exercise even less — so their muscles get even weaker.’ And it’s not that the incidence is rising, says Dr Hasson. ‘A good 30 per cent of us are more flexible than most. The difference is that our children’s muscles are far weaker than those of any generation before.’ Past generations had muscles strong enough to have day-to-day control over the range of movement of their ligaments, avoiding the pain and injuries associated with hyperextension. ‘But modern children spend much more time indoors:

they cycle and walk less, and sit more,’ says Dr Hasson. ‘Safety concerns mean they are more likely to spend their weekends on a computer than climbing trees or swinging on monkey bars in the park. ‘They don’t develop the muscle children used to have — so if they’re hypermobile it causes a problem, when 30 years ago they would have just thought they were a bit more bendy than their pals.’ I, too, am hypermobile, yet I didn’t suffer like my daughters. Dr Hasson explains this is because my childhood included lots of daily physical exercise. ‘You will have walked to school, cycled everywhere, played outside with your friends and had several hours of PE a week, so you’d have had the strength to be able to control your joints in a way today’s children simply can’t. Being hypermobile wouldn’t even have registered with you.’ But it’s not just children who are affected. Pain arising from hypermobility can continue or even start in adulthood. ‘Inactivity due to long hours behind a desk will cause problems if you’re hypermobile even if you haven’t previously suffered with pain,’ says Dr Hasson. ‘It’s not uncommon for someone only to discover they are hypermobile when they reach adulthood.

As a child they will have been much more active, so they were stronger and had more control over their ligaments. ‘Long hours spent sitting down — due to work or a sedentary lifestyle — means muscle strength is reduced. Pilates or a muscle- conditioning programme at the gym can help with that.’ For children, the solution is simple, he says. ‘You get them strong with regular muscle- conditioning exercises, then they get the control they need over their joints to avoid pain and injury.

Instead of having a syndrome, they go back to being perfectly healthy kids who just happen to be extra bendy.’ The standard treatment is physiotherapy that concentrates on improving muscle strength. Because a hypermobile child’s joints are at least twice as flexible as other children’s, their muscles need to be twice as strong. But getting someone with hypermobility to exercise when they want to rest all the time to avoid aching is easier said than done, says London-based physiotherapist Sara Levy, who specialises in treating hypermobility. ‘People sometimes say it hurts so badly they think they’ve got a dislocation, but what they’ve done is hyperextend the joint so everything feels out of place.

‘Exercising when your joints are so painful seems counterintuitive, but it really is the answer.’ Bridie now does a series of muscle-conditioning exercises most days. These include lying face down with her hands behind her head before lifting her head and shoulders from the floor, and lying on her back with her knees bent up and feet flat on the floor, then lifting her bottom up. They are helping her, just as they helped her sister — who no longer suffers any pain from hypermobility. Bridie also has a condition called Iselin disease, an inflammatory disorder of the foot, which flares up intermittently and causes problems with weight-bearing.

She can be laid up for days. She is very good at associating joint pain with not having spent enough time being active and sees it as a cue to get on her feet. Dr Hasson stresses that this is key. ‘We need to be looking at why our children are so weak their flexibility needs to be given a label in the first place,’ he says. ‘We need to get them strong again.’ Ideally, he would like to see daily exercises included in the school curriculum. But at the very least, parents could make a concerted effort to get their children walking, cycling and swimming routinely rather than as an occasional activity.