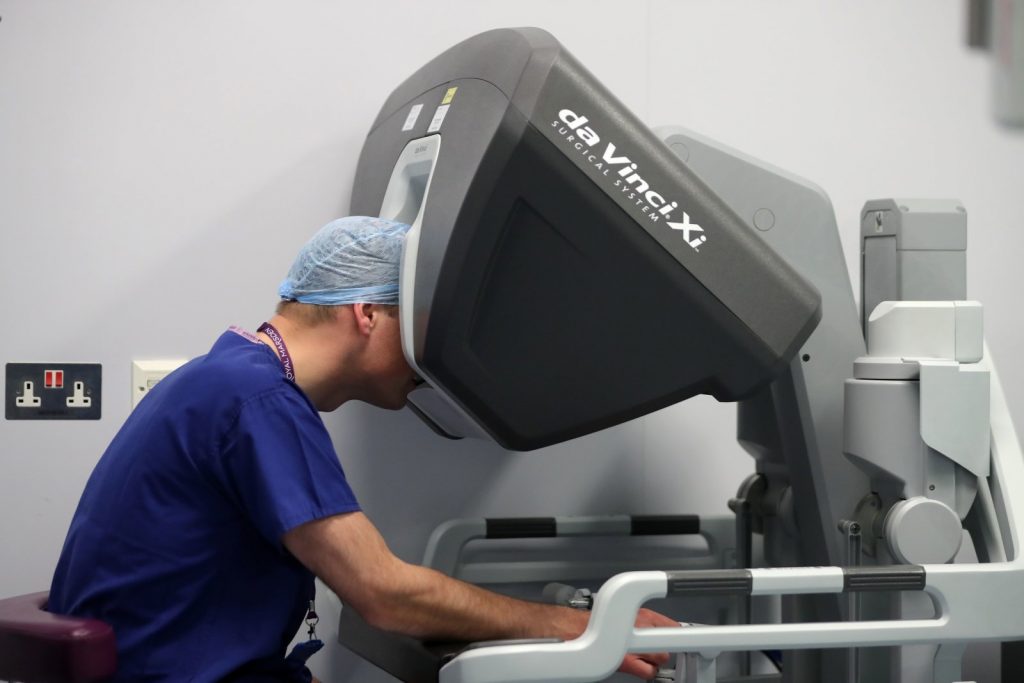 The patient, Aharon Schwartz, 42, was working in a large factory outside of Jerusalem that makes large metal surfaces when a very heavy steel object suddenly fell and pinned him to the ground, fractured his leg in two places and broke six of his spinal vertebrae “I did not lose consciousness, but I was completely helpless,” Schwartz recalled after chief of orthopedics, Prof. Meir Liebergall, and the team he headed performed the unique, minimally invasive procedure. “The pain was unbearable, and I couldn’t move. I saw death in front of me.” Schwartz was taken to the hybrid underground operating room, which has two robots.

The more innovative robot, “Zeego,” was developed by Mazor-Israel and has the ability to perform 3-D imaging during surgery. That makes it possible for the surgeon to know exactly where each organ is instead of having to do a CT scan before surgery and x-rays afterward. The Zeego robot was controlled by senior orthopedic surgeon Dr. Josh Schroeder working with Dr. Amal Khoury, who controlled the Siemens- made robot, “Renaissance.” With the robots communicating between themselves, the surgical team performed delicate, minimally invasive surgery.

Directed by their electronic assistants, surgeons were able to insert 11 surgical screws into the patient’s vertebrae with great exactitude. That prevented much suffering for Schwartz, said Liebergall, who announced the accomplishment this week. Schwartz, he added, will be able to walk again when the leg improves. “They put screws to fix my back. And obviously it’s not really pleasant and it hurts and frustrating, because I have always been fit and have a military profile of 97,” Schwartz said.

“I am very grateful for the use of this advanced technology, the work of the whole medical team and to Dr. Schroeder for following my situation all the time. I don’t take it for granted.”